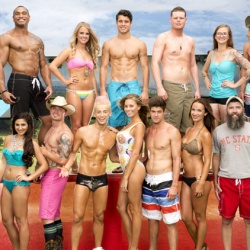 FROM THE HOLLYWOOD REPORTER CBS’ Big Brother continued its summer dominance, but it was Fox that won Wednesday in the key demo. Big Brother (7.2 million total viewers, 2.7 rating in adults 18-49 demographic) rose 8 percent in its latest installment, which saw Jeff winning the veto and Kalia replacing him on the eviction block with “mega floater”[…]